Roza Melkumyan
Sep 30, 2021
“A land of rugged mountains, deep forests and ancient monasteries, the historic kingdom of Syunik is today among the least-visited regions of Armenia and the South Caucasus. Historically known as Zangezur, its role as a major junction on the Silk Road – a network of medieval trading routes connecting Europe and Asia – gave rise to a network of ancient footpaths connecting fortresses, caravanserais and villages. Long forgotten and fallen out of use, only now have these historic trails been rediscovered and brought back to life for the benefit of local people and intrepid travelers alike. Welcome to the Legends Trail!”

So begins the official Syunik Legends Trail guidebook, which has all the information you need to get out there and get hiking in one of Armenia’s most beautiful yet little explored regions, Syunik Province. Officially opened for use on August 24, the 300-km trek was mapped and marked as part of the “EU4Tourism: Outdoor adventures on the historic trails in Syunik” project. Now, in the interest of making this trail more accessible to the hiking community both in and outside of Armenia, we’ve created a trail page for the Legends Trail on our free app and website, complete with GPS map, transportation information, and recommended accommodations and guides. 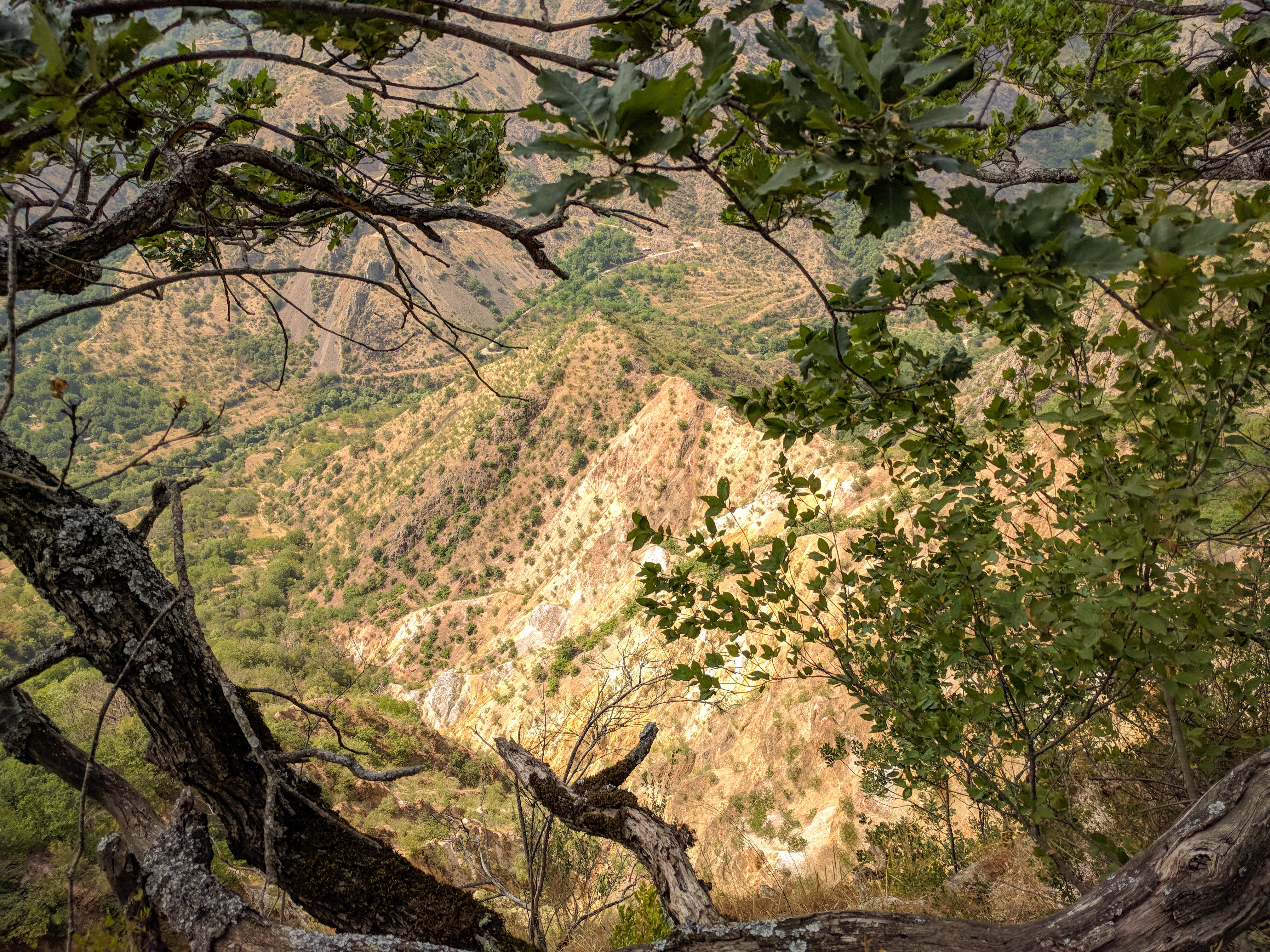 Funded by the European Union and implemented by People in Need Armenia (PIN) with ARK Armenia, this ambitious project was truly a team effort. According to Tom Allen of The Transcaucasian Trail (TCT), the route itself evolved from the previous work of ARK and TCT volunteers to establish a route between Tatev and Kapan in 2016 – 2017, and was further explored, mapped and developed in 2018 – 2019 by local and international volunteers, with additional infrastructure work carried out in 2019 – 2021 by TCT volunteers and professional trail builders from Trails for Change (TFC). The goal was to connect existing and proposed hiking trails in Syunik to form a well-marked long-distance trail that would appeal to the international hiking community.

The second goal was to provide an outlet for civil society organizations, community members, and local authorities to contribute to sustainable tourism development in the region. To this end, community meetings and training sessions were held throughout the region with experts from the tourism industry while the trail was being developed. Such sessions were meant to share ideas and best practices and to encourage a collaborative approach to destination development.

These sessions also helped identify opportunities to improve existing services while supporting new enterprises along the trail route. This goal was realized through smaller grants given as part of the “EU4Tourism: Outdoor adventures on the historic trails in Syunik” project, which sought both to prepare the destinations along the trail to meet the needs of an increasing number of hikers, and to enable the local population to take advantage of new opportunities that arose as a result, thus focusing maximum economic benefits within those rural communities and reinforcing the idea that sustainable tourism development can be a vehicle for positive change. 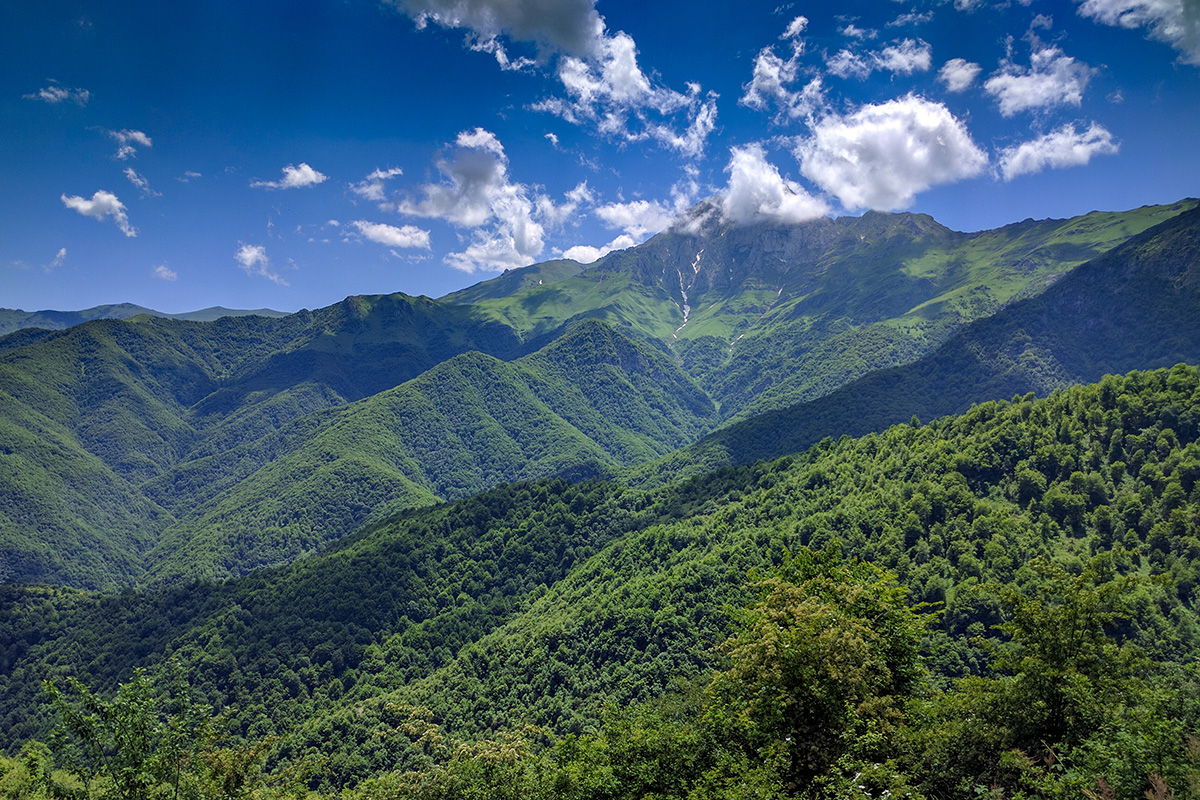 Not for the faint of heart, the 15-day Legends Trail hike (including a rest day) starts from the storied town of Goris and ends farther south in Kapan, traversing the rough yet breathtakingly beautiful terrain of Syunik as it makes its way from village to village. Choose to hike it, and you’re in for a pretty packed itinerary – the trail features some of the best sites, both natural and human-made, that Armenia has to offer, from the massive monastic complex of Tatev to the imposing Mount Khustup.

While hiking the Legends Trail has its fair share of spectacular views, especially from its more popular spots, the real wonder comes from sites steeped in local lore. There’s Harsnadzor, or “Bride’s Valley,” which was named for a soon-to-be-wed princess said to have thrown herself off the bordering cliffs rather than be captured by her enemies. There’s the village of Khot, known for its homes stacked atop one another on the hillside, and which is said to have been moved several times in its long history. Stories like these bring to life characters of ancient kingdoms while offering insights into the history of the region. If you’re interested in delving deeper into the folklore of the Legends Trail, you can peruse the pages of its accompanying illustrated handbook, Legends of the Legends Trail, which was put together thanks to the support of experts from museums in Goris and Kapan.

Completing the entire route will take around two weeks if you follow the itinerary suggested in both the physical handbook and on the HIKEArmenia trail page. Of course, you can always spend more time in any given area or try out one of the many side trails which lead to additional points of interest. Information is also included on overnight accommodation stops like homestays, guesthouses, and campsites as well as various cultural heritage sites and natural monuments. Paper copies of the handbook are available for purchase at the HIKEArmenia office in Yerevan or you can also order a copy online. 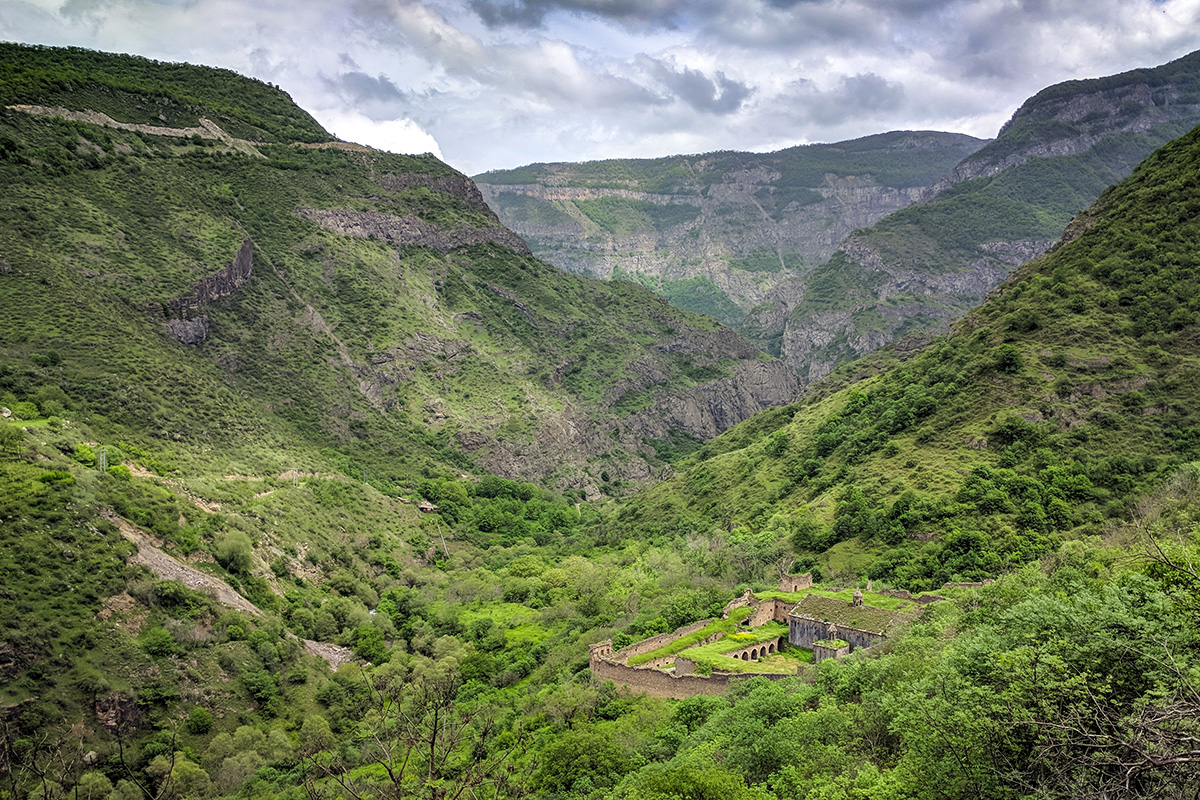 While the route is presented in the guidebook as one long, multi-day hike, it is also possible to hike many of its segments as stand-alone trails. To make this easier, we are currently hard at work uploading each day of the route as its own trail on the HIKEArmenia website and app, again complete with GPS map in addition to suggested accommodations. To kick off this project, we’ve already posted Day 1 of the Legends Trail, the quick and easy Old Bells of Goris trail, which takes hikers from the volcanic stones of the Old Bells of Goris Monument to the town of Goris, offering spectacular panoramic views of the town and countryside along the way.

So, what are you waiting for? Hike the Legends Trail today! Embark on a challenging, exciting new journey while supporting rural tourism in Armenia!


People in Need (PIN): Founded in the Czech Republic in 1992, this international NGO implements long-term humanitarian and development projects in more than 30 countries. Arriving unofficially in 1988 in response to the devastating Spitak earthquake, the PIN Armenia representative office was established in 2003 to support rural tourism, civic education and youth empowerment, integration of migrants, and job creation.

ARK Armenia: This Kapan-based non-profit NGO is dedicated to promoting sustainable development and implementing solutions that provide social, economic and environmental benefits to the Syunik region. ARK  believes that responsible ecotourism can be a catalyst for sustainable economies in rural communities while also preserving and fostering an appreciation of the natural landscape that surrounds them.

The Transcaucasian Trail vision is a world-class, long-distance trail network that follows the Greater and Lesser Caucasus Mountains and connects diverse communities and ecosystems, providing lasting and wide-ranging benefits for people and the environment. Transcaucasian Trail Armenia is a non-profit NGO dedicated to realizing this vision in Armenia.
#Explore #Hiking