Ardag Kosian
Aug 4, 2020
Armenia is located at the junction of major geographical zones, wedged between the Caucasus Mountains, Anatolia, and the greater Near East. This means that despite its size, landscapes in Armenia vary greatly, even from just one side of a mountain to the other!

Making these landscapes and the wonders they hold accessible to you is our job, which is why we’ve compiled the first of what will be many lists of natural wonders in Armenia that are only accessible by hiking. So, grab a pen and paper (or better yet, download our free app) and start planning your next adventure in Armenia!


Location: Tavush Province
How To Hike There: Hidden Waterfall Trail

Smbataberd is an impressive 5th century fortress located on the crest of a very high hill, between the villages of Artabuynk and Yeghegis in Vayots Dzor. With steep cliffs guarding three of its sides, the makers of Smbataberd clearly understood the location’s advantage; the fortress remained unconquered for around 600 years! Local legend says that invading Seljuks were able to capture the fortress by using a thirsty horse (yes, you read that correctly). It’s believed that the horse sniffed out the fortress’s water supply, which was hidden underground. Once found, the invaders cut it off, forcing the fortress to surrender. Today, the fortress’s exterior fortification walls, towers and keep are still intact. We highly suggest a hike up to Smbataberd on the Tour Through Wine Country trail! 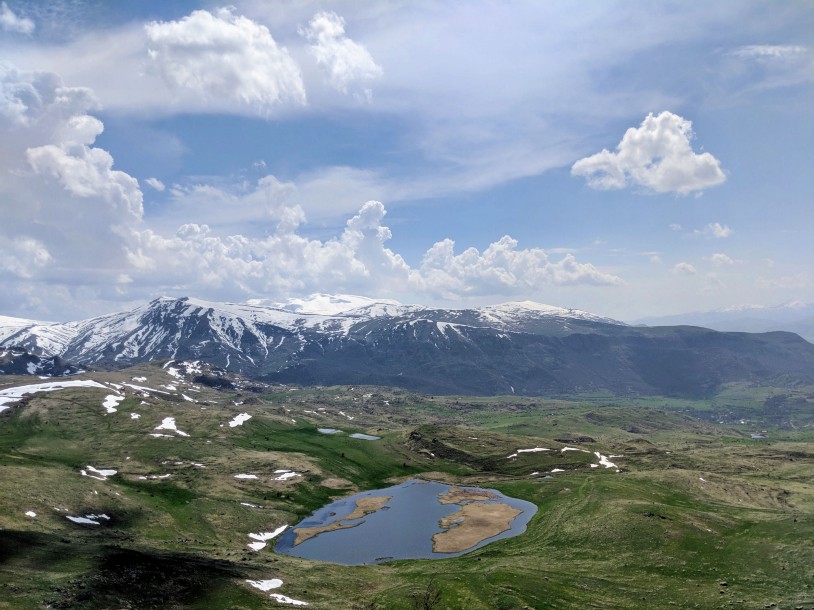 
Hayeli Lake (also known as Al Lake or Karmir Lake), which means "mirror" in Armenian and is also named after a red fish that’s found in its waters (“karmir” and “al” mean red/crimson in Armenian). This lake is located in a beautiful green valley surrounded by rolling hills near the village of Artavan in Vayots Dzor. Aside from its location, the natural islands in Hayeli Lake look oddly similar to the earth’s continents. Pretty neat, right? Hayeli Lake is a great place to relax, have lunch, and camp overnight while hiking the Hayeli Lake Loop.


While you’re hiking the Karmir Lake Loop, you’ll see a junction signpost directing you to the Nareh Waterfall, a remote and beautiful waterfall. This off-shoot is just 1.7km in length one way, and the waterfall is a great place to cool off and relax. You’ll feel like you’re in your own private paradise while you chill by the water! 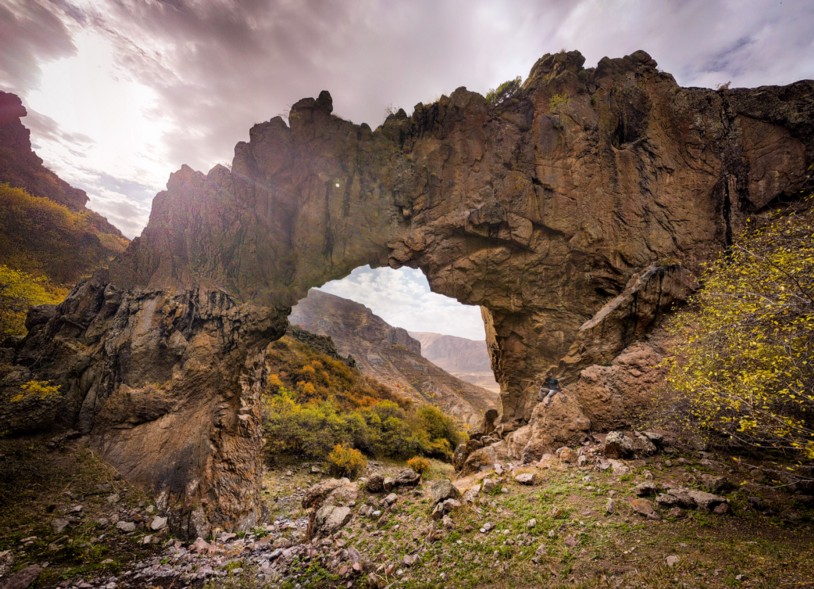 
Very few people in Armenia know about this wonder! Perhaps it’s because getting there is a bit of a challenge, but we promise, it’s well worth it. Tucked away beneath impressive cliffs, this spectacular basalt rock arch has a small river that passes through it. While walking through, you’ll see the river cascading over a large rock face and glimmering in the sunlight if the weather permits — fingers crossed!


This wonder isn’t 100% natural, but we had to include it on our list because it’s so unique. Khachkars (cross-stones) are standalone steles of volcanic stone with intricate carvings of crosses and other religious imagery dating back to the 9th century, though predecessors of the khachkar go back millennia. The khachkars you’ll see on the Arch Trail, however, are carved directly onto a stone cliff, quite a rare site in Armenia, and very beautiful! 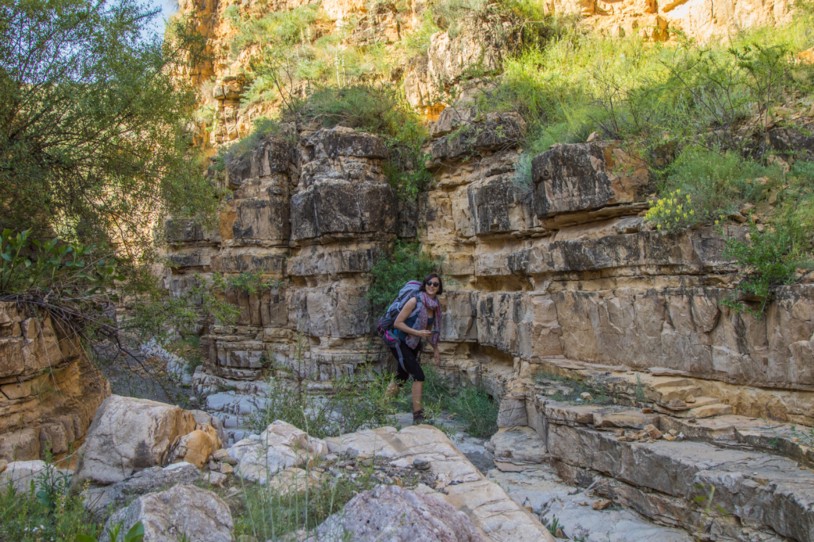 
Location: Ararat Province
How To Hike There: Angels' Canyon Loop


Angels’ Canyon is a small natural canyon located near the village of Dashtakar in the Ararat Province that looks like something out of a sci-fi movie. We’d seen pictures of it online, and decided to check it out ourselves. After making several wrong stops, asking local people, and eventually getting in contact with a village mayor, we found it! Turns out even locals don’t know about Angels’ Canyon, which is a shame because it’s awesome!