One of the first things travelers to Armenia typically learn about the country is that it’s the first one on the planet to have adopted Christianity as the official state religion (yes, even before the Romans, an Armenian will probably assure you).


Since adoption in the year 301, Christianity has been a cornerstone of Armenian culture, identity, and tradition. Part of that tradition has been building beautiful, sprawling monastery complexes, which historically served religious as well as academic and political purposes. Today there are over 4,000 monasteries in Armenia. That’s an impressive number for a country smaller than Maryland. But be it a matter of accessibility, historical significance, or just popularity, most of Armenia’s monasteries fly under the radar.


Hiking trails can change that. Hiking in Armenia is special not just because of the country’s beautiful, diverse and untouched landscapes, but also because of its ancient history, which you can see and experience on the side of any given trail! Here are 5 off the radar monasteries in Armenia you can hike to using our free app or website! 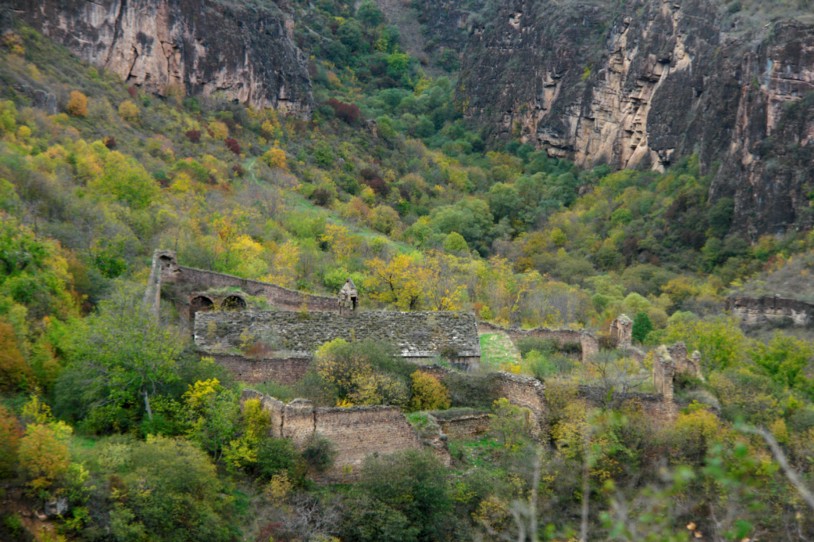 The Great Hermitage of Tatev


Located in the Vorotan River Valley, this monastery once housed hundreds of monks who traveled their to observe vows of silence. An earthquake in 1658 forced the hermits to leave the community, and the Hermitage has since been abandoned. Tatev Monastery, perched high above the valley, may be a more popular tourist destination, but a switchback from the monastery leads directly to the Hermitage. Getaway from the crowds and explore the ruins of this site. One thing definitely hasn’t changed about it — the silence. 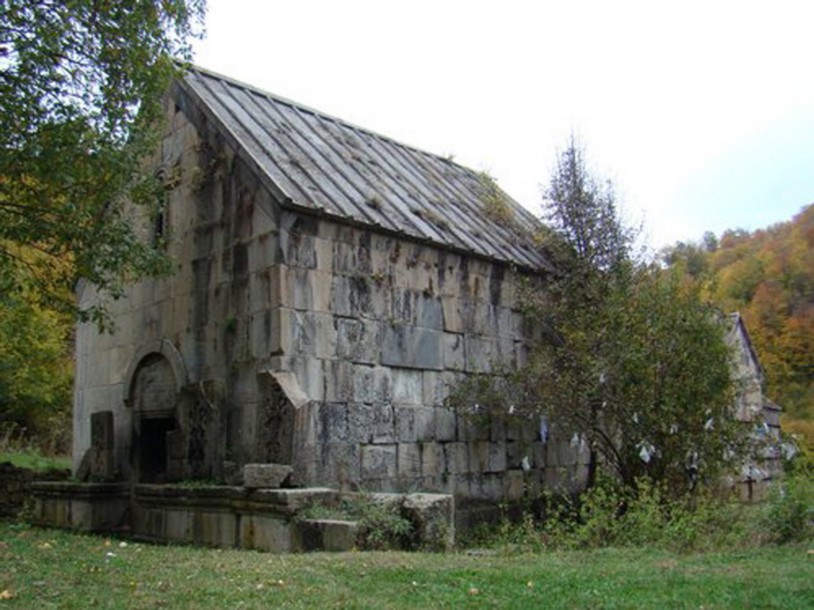 The Twin Churches at Jukhtak Monastery


Established: 11th or 12th century
Location: Tavush Province
How To Hike There: From Town To Twin Churches


Jukhtak Monastery is comprised of two twin churches, St. Mary and St. Gregory the Illuminator, though they’re not identical. Jukht in Armenian means “couple,” which is where Jukhtak Monastery gets its name. While you’re there, explore the medieval cemetery near the complex, and check out the unique carving found on one of the walls of the St. Mary Church, which reads: “In the year 1201, in the Amirdom of Lasha and the Khanate of […], I Hayrapet, abbot of Surb Petros Monastery, built Surb Astvatsatsin [St. Mary] with the hope that every sunrise in both vestibules one mass will be offered for me and one for my brother Shmavon, and in all the churches for my parents.”There have been at least 298,082 sunrises since the year 1201. That’s a lot of masses! 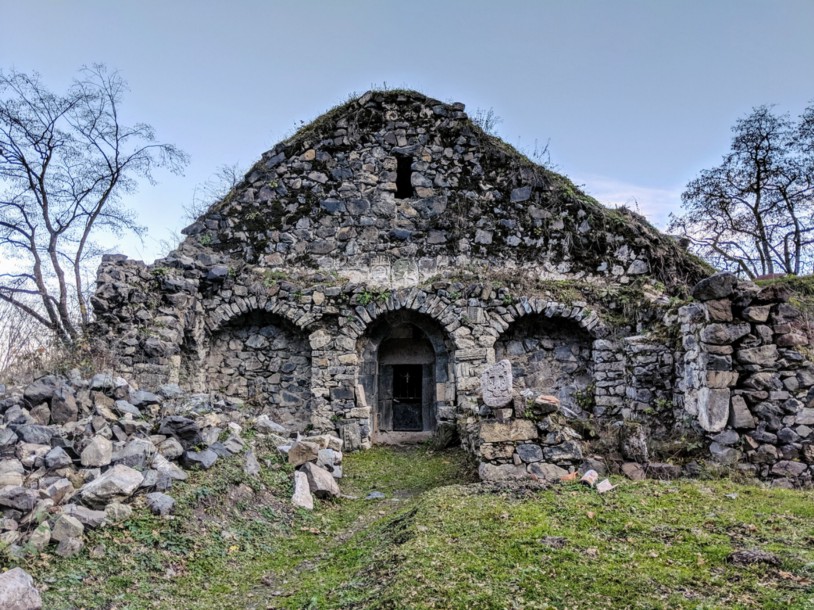 The Hermitage of Bekh


Looking for peace and reflection in nature? So were monks in the 10th century. That’s why they built the Hermitage of Bekh in a thick forest at the base of Mt. Khushtup, accessible only by foot and horseback. The hermitage was only recently discovered and has undergone some restoration. We recommend that you hike here during the dry season — the trail can get really muddy and slippery after rainfall. 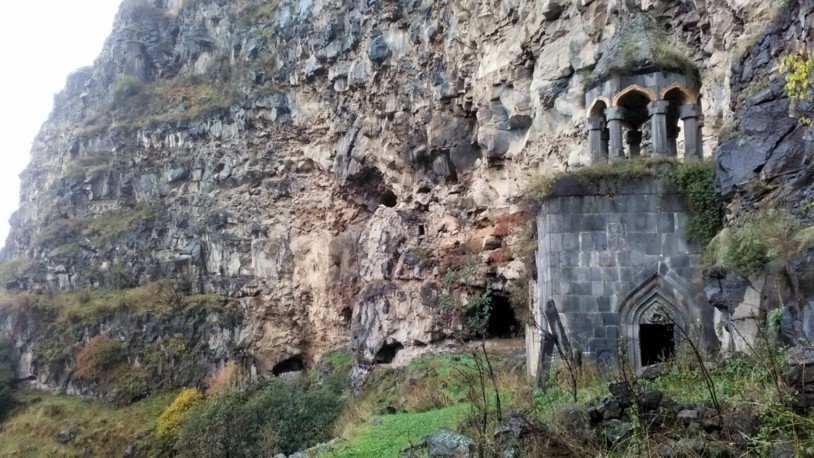 
This abandoned monastery near the village of Odzun was built on top of a cliff, and halfway down it! Talk about an architectural feat! Up top is a three-chambered chapel, while down below, the cliff face serves as a wall for several of the complex’s structures. Inside, you’ll find natural caves, khachkar-s (medieval cross-stones unique to Armenia), and stone carvings. We know, it sounds awesome. 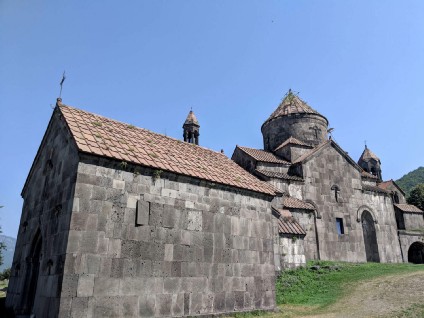 The Monasteries of Sanahin and Haghpat


Two UNESCO World Heritage Sites on one trail? Only in Armenia! The World Heritage Trail connects the monasteries of Sanahin and Haghpat, both designated by UNESCO as World Heritage Sites in 1996, and arguably Armenia’s most important monasteries. Though Sanahin and Haghpat are certainly not off the radar, we decided to include them on our list because of their recognized status, and because you can experience both by hiking just one trail. It’s generally agreed that Sanahin was built before Haghpat, as sanahin literally means “this one is older than that one” (alright, it’s a pretty dead giveaway). Take your time exploring the complexes’ many chapels, academies, book depositories, refectories, galleries, and other structures. 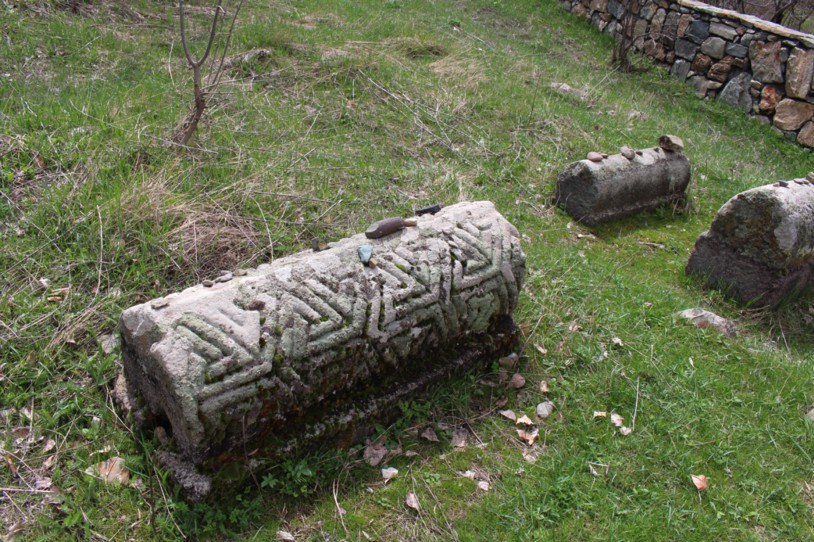 BONUS: The Jewish Cemetery in Yeghegis and Tsakhats Kar Monastery


Armenia may have been the first state to adopt Christianity, but not all religious sites in Armenia are Christian. In the tiny town of Yeghegis, there’s an 800-year-old Jewish cemetery. How did Jewish people end up being buried here? It’s not entirely clear, but we heard that they were traders on the Silk Road, who, for one reason or another, ended up creating a small Jewish community in Yeghegis. About 40 tombstones survive in the cemetery today, with another 30 nearby. Several bear inscriptions in Hebrew and Aramaic. While hiking to the cemetery, you’ll pass by Tsakhats Kar Monastery, a 10th century Armenian monastery found on the beautiful mountain foothills overlooking the Yeghegis River.